skip to main | skip to sidebar

Why it Pays to Play 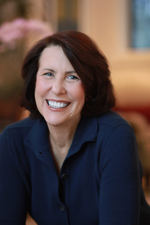 If you’re like many parents, your child’s summer may already be booked up with “enriching activities.” Maybe you’re shipping her off to a rigorous math or computer camp designed to give her an academic edge. At the very least you’re using the break from school to double up on her (already daunting) schedule of gymnastics and dance classes, supplemented with an ambitious summer reading list.

I have a question though: When will your child have time to play? Just…play?

It’s too bad that the old-fashioned notion of summer as endless free time—to climb trees, chase fireflies, build a fort in the woods, maybe set up a lemonade stand—has fallen by the wayside. This is what kids need—they need it far more than they need a high-priced summer camp or some other program aimed at cramming a little bit more learning into their exhausted brains.

Play is serious business. We may see it as wasted time, but it’s actually anything but. Play is the work of childhood. It’s a classroom in which children develop a whole set of skills that really matter both in school and in life. Indeed, research shows that children who attend play-based preschools, as opposed to academic preschools, do significantly better in school down the line.

David Elkind, one of the country’s most knowledgeable (and beloved) experts on child development, says that “play is essential to positive human development.” He recognizes that there are different types of play: play that teaches children concepts and skills, play that initiates children into the world of peer relations, and play that helps kids develop strategies for dealing with stress.

What these variations on play have in common is that they are self-initiated and self-directed—the playing child is calling the shots.

If a child goes into his room and strums on his guitar because he loves it, that’s play. When an instructor comes into the picture and starts teaching guitar, the child may enjoy the experience but he’s far less likely to be playing because his attempts to improve are no longer self-directed.

If you really want to up the ante, consider that tomorrow’s adults may need the exact skills developed by play—creativity, innovation, collaboration, problem solving, and self-direction—more than any other generation before. The global economy demands them. This makes it even more ironic that time for free, unstructured, self-directed play is at an all-time low.

So what, exactly, is it that makes play so valuable? Here are some of the reasons:

It miniaturizes the world so that kids can deal with it. Watch your daughter play with the “family” in her dollhouse. She will set rules, enforce them and have siblings collaborate. While her older brothers may be intimidating to her, the miniature “siblings” are not. She has a chance to experiment with different ways of relating (being friends, bopping each other over the head) that will help her navigate the bigger world.

It teaches them how to handle stress and conflict. Consider the spats, arguments, and out-and-out fights kids get into when they’re playing with their friends. If they can’t resolve or at least smooth over their disagreements, then the game will grind to a halt—and that’s not good for anyone.

It’s a feast for the senses—and the senses are the vehicles for childhood learning. You can explain a concept to children all day and they won’t get it. But when they discover it themselves—by doing, not by listening to someone talk—that’s when the light bulb really comes on.

It gives kids a sense of power in a world in which they are essentially powerless. This is why kids love pretend dragon-slaying so much: they are helpless in the face of real-world “dragons” like parents, teachers, and other authority figures. Try to remember what it felt like to be small and powerless. Much of children’s fiction is based on this theme (think Dorothy and her shaking clan before the hidden Wizard of Oz).

It bridges the gap between imagination and creativity. All children are imaginative. Anyone who has ever seen a little girl wearing a white bathrobe and a towel draped over her head pretending she’s getting married or a little boy using a stick he found in the yard to cast wizard spells at the family dog has seen that imagination in action. Self-directed play cultivates that imagination into creativity.

It teaches us about ourselves. A sense of self must be shaped internally, not externally. Kids need to learn what they’re good at and not good at—what they like and don’t like—on their own rather than being told by parents, coaches, and instructors. This is why it’s so important to let our kids try out lots of different activities rather than immersing them full-time in one or two that you prefer.

It is this sense of self that provides a home base, a place to retreat to, throughout life. If they don’t have that they will be always looking for external direction and validation. Business leaders are saying that this constant looking outside for validation makes for workers who need too much time, resources and direction.
Posted by Challenge Success at 10:10 PM